One of the plugins I used to recommend was cbnet Ping Optimizer – that is no longer the case. It is not because it is a bad plugin or because it hogs resources, it is just that this plugin’s functionality is no incorporated into WordPress!

First of all, what does ‘ping‘ mean. According to Wikipedia, ping is described as the following:

In blogging, ping is an XML-RPC-based push mechanism by which a weblog notifies a server that its content has been updated. An XML-RPC signal is sent to one or more “ping servers,” which can then generate a list of blogs that have new material. The technology was first introduced by Dave Winer to Weblogs.com in October 2001 Today, most blog authoring tools automatically ping one or more servers each time the blogger creates a new post or updates an old one.

OK – here is what it means in regular terms that everyone can understand. A Ping is just a notification that something is new or has been updated. It is like a happy author screaming out loud, “MY POST IS FINISHED!!! CHECK IT OUT!!!” Instead of screaming it out in some unacceptable fashion, WordPress will automatically send out the notification to search engines or other sites that want to know when new ‘stuff’ is on your site.

Think about it… You write, and it automatically gets broadcast all over the place!

And that is what cbnet Ping Optimizer did – it sent out all the notifications you wanted.

Sounds like a good thing – why should I get rid of it?

It still is a good thing to automatically ping your goods. In fact, it is so good that WordPress will not do this for you – there is no need to have a plugin to do this!

The documentation in the newest version of the plugin says it best. The claims of the plugin are in italics and the explanations are in regular text.

It should be obvious that most of that just isn’t true anymore.

So, none of this Plugin’s functionality is needed. You can safely deactivate and uninstall it, with the understanding of why the core WordPress handling of pings works just fine.

I have deactivated this plugin on my sites and even went the next step to deleted it completely. 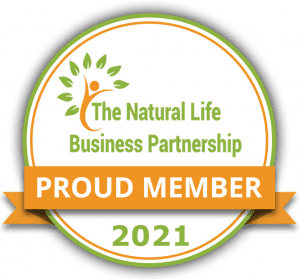